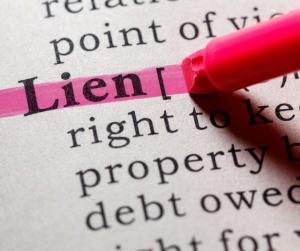 An IRS tax lien; is it something to be feared or ignored?

For millions of American taxpayers every year an “IRS tax lien” is a familiar tax collection method. That’s because the federal government often uses an IRS tax lien against a taxpayer’s property when the government is trying to collect past due taxes. An IRS tax lien can be problematic, particularly for those taxpayers who rely on good credit to conduct their business and/or financial affairs.

An IRS tax lien may only be issued after the government completes the following steps:

So how can an IRS tax lien affect you?

An IRS tax lien attaches to all of your assets (such as property, securities, cars, etc.) and to future assets acquired during the duration of the IRS tax lien. An IRS tax lien can have negative consequences to your:

So how can you avoid an IRS tax lien?

Most tax experts say the easiest way to avoid an IRS tax lien is by simply filing and paying all your taxes in full and on time. If you can’t manage to file or pay your taxes on time, most tax professionals will tell you that you still shouldn’t ignore the IRS’s letters and notices. If you can’t pay your back taxes in full there are other payment options available to settle your tax obligations.

Many taxpayers in trouble with the IRS become confused between an IRS tax lien and an IRS levy. An IRS tax lien secures the government’s interest in your property when you don’t pay your taxes. As compared with an IRS levy which is when the government actually takes the property to pay your past due taxes. If you don’t pay or make arrangements to settle your tax debt, the IRS can levy, seize and sell any type of real or personal property that you own or in which you have an interest.

For taxpayers who would like to view the actual law in this area, you can review the Internal Revenue Code, section 6321, which provides:

If any person liable to pay any tax neglects or refuses to pay the same after demand, the amount (including any interest, additional amount, addition to tax, or assessable penalty, together with any costs that may accrue in addition thereto) shall be a lien in favor of the United States upon all property and rights to property, whether real or personal, belong to such person.

Unless another date is specifically fixed by law, the lien imposed by section 6321 shall arise at the time the assessment is made and shall continue until the liability for the amount so assessed (or a judgment against the taxpayer arising out of such liability) is satisfied or becomes unenforceable by reason of lapse of time.

For those unfamiliar with the term “assessment,” it refers to the statutory assessment made by the IRS under 26 U.S.C. Section 6201 (which is the formal recording of the tax in the official books and records at the office of the Secretary of the U.S. Department of the Treasury). The “person liable to pay any tax” to whom the section refers needs to pay the tax within the allotted time, which is ten days of the notice.

If there is a failure by the taxpayer to pay the amount assessed and owed, the tax lien will arise automatically, which means that it will come through operation of law. It also has retroactive effects, meaning that it includes the period from the date of the assessment, despite the fact that the period allotted expires after the date the assessing was notified.

Sometimes there are two creditors who have liens on the same property. The one who gets priority is the one whose lien was completed quicker than the other. Exceptions are an issue; so once again, contacting a tax professional would be beneficial.

When it comes to back taxes, the IRS is a considered a “creditor.” If the IRS has perfected its lien against a taxpayer, it will take precedence over another creditor that has not yet perfected the lien it is preparing.

For an IRS tax lien to be perfected against other entities that are not the taxpayer, in order to establish priority, the IRS must file the Notice of IRS Tax lien in the county or state record where the property is situated. Each state has its own laws regarding this, though, so those must be obeyed. It is after the lien notice is filed that a public notice is also given to third parties, which ensures that the IRS lien becomes the priority. The third parties are made aware that the taxpayer’s property, from the date of assessment and after the date of assessment, is under the IRS tax lien. This includes all of the property owned by a taxpayer. From homes to promissory notes, these are all included under the lien. Although, it isn’t until the Notice of IRS Tax Lien is filed that the priority against creditors that are of a third party arises. Federal law dictates the composition of the lien notice, which is a priority over any state or local laws.

The IRS tax lien is a collection action that has been the target of criticism from various sources, most notably the Taxpayer Advocate Service. Its use against the self-employed and small business people is the subject of their grievances. According to the Service, an IRS tax lien works against the IRS’ collection goals, as it prevents repayment by small businesses through its poor effect on the business’ credit. It contends that the collection action of an IRS tax lien more often than not causes more harm than good. Reports state that it is difficult for taxpayers who are struggling to get loans from banks to help resolve their IRS issues after liens have been place, as tighter regulations have forced bankers to turn away those who are “breaking the law.” Sometimes the taxpayer is even forced to close up his business instead of allowing him to pay back taxes owed.

The IRS, despite the criticism, has not slowed down its issuance of the IRS tax lien. The last ten years has seen an increase of almost five hundred percent, coming out to 1.1 million liens filed. The Taxpayer Advocate argues that IRS tax liens are “counterproductive business killers.” Congress, as well as the IRS, has been prompted by the TPA to be aware the hardship the liens are causing, and for the IRS to be more judicious with the filing of IRS tax liens. Some awareness of this has registered, but it may be too late for the small businesses who cannot survive with the added burden of the lien during a rocky economic period.

IRS tax liens can range from very simple to very complex. For the more complicated IRS tax lien issues, the IRS has created a Collection Advisory Group. Complex issues like discharge, subordination, subrogation or withdrawal are all covered in this group. Of course, if you are uncertain how best to deal with an IRS tax lien, you are strongly encouraged to seek help from a qualified tax professional.

Under certain circumstances like the one above, a taxpayer may seek relief from an IRS tax lien by appealing the government’s filing of a Notice of IRS Tax Lien. In the case of Ms. Warwick, the appeal was successful and the government withdrew its IRS tax lien. For information about filing an appeal, you may refer to IRS Publication 1660, captioned Collection Appeal Rights. Again, getting advice from a qualified tax professional is always the best way for handling an IRS tax lien, or any other IRS tax problem.

See What the IRS Has to Say About Tax Lien: The Federal Tax Lien: A Staple of IRS Enforcement Action 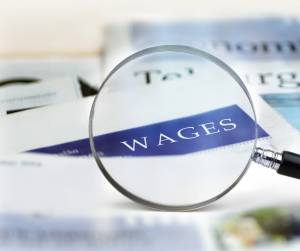